July 08, 2010
Just to recap, --how to use this blog. I began writing about refugee concerns on this blog in order to try and improve the treatment of refugees in this country and perhaps elsewhere. This was done largely in response to an event where the management of the local refugee center, USCRI-Albany, announced they were "maxed out" and desperately in need of help such as volunteers and furniture donation. I'd worked for the organization and the first place they needed help was in training of the managment as they weren't using their resources properly and were not handling offers of volunteers and donations properly either. It was the most inefficient place I'd ever worked in my life and the refugees were suffering because of it.
Therefore I began writing "how-to" articles on this blog. Like "how to handle furniture donations" or "how to teach refugees to drive." These were written as a series of pieces and to gain a better knowledge of the subject it's best to find the entire series of posts on the subject and read them all. This can be done using the topic labels at the bottom of the page.

At this point I continue to help refugees informally and my current activity in this area is to try and get a few into college. This is the third article on this topic and it will make more sense if you read them in order, starting with the first two.

In the last post I said that before one can determine a refugee's eligibility for college, you need to assess their previous education. I divided them into seven categories.

Let's begin looking at these, starting with the first.

Many people around the world have not had the chance to finish high school. This is generally not a sign of low intelligence, but a sign of lack of opportunities. The world is not a fair place and resources are not distributed fairly. Since most refugees have, by definition, had their lives disrupted by war, they are especially prone to not having finished high school.

Let's look at the first one. If a refugee can enroll in a high school then everything is on its way. Just keep an eye on them and see what happens. I don't know much about this but I bet that someone at your local high school can answer the questions much more fully and accurately than I can.

If they cannot enroll in a high school, then they will need a GED. A GED. is a test that if passed gives its bearer a certificate that is equivalent to a high school diploma. This is a wonderful thing, and, in my opinion, one of the things that makes America great. We are a land of second chances and hope. Its bearers should be proud and in some circles a GED is actually more impressive than an actual high school diploma because it indicates motivation and actual achievement on the part of those who have earned it. Contrast that with some public schools.

The GED can be taken in English, Spanish and French, but to the best of my knowledge these are the only languages available. Of course, should someone wish to attend classes that are taught in the English language, then they should probably take the GED in English as well.

The GED is a specialized test and it is well worth familiarizing oneself with it before taking it. Several different study guides are available in bookstores and libraries. In some cases, the variety of study guides is confusing to refugees. They might ask which one is "official" or which one is the best or even if they need to read all of them to take the GED. It is important to remember that that USA is a large and very literate country with many publishing companies each of which wants a piece of the study guide market. By contrast some nations, such as Burma/ Myanmar, are much smaller, poorer and have a much more tightly controlled educational system as well as publishing industry. If they have tests for positions, there is often only one official guide that tells people exactly what to do, know and think in order to pass the test and obtain that position. Therefore, just taking a refugee, even a very intelligent refugee, and pointing them at a shelf of books and saying "There's the study guides. Have fun!" often will confuse them and not produce the desired results.

Should a student wish formal assistance in preparing for a GED, something I think is a good idea for many reasons (including the fact that it causes them to go outside their community and make one more contact with the greater American society) then resources are available.

Another option is organizations like "Job Corp" in some cases help people, and in some cases refugees are eligible for their services, to obtain a better life (where they pay more taxes and stay out of jail, thus saving tax payers money) and their progrems usually include helping people to earn a GED among other services.

To find and access these resources, some places to look are local community colleges, the Literacy Volunteer organization (which often provides tutors for the GED) and the local public library. In New York, the Department of Labors One Stop Job Centers can help people access this information although they tend in my experience to not be "refugee-friendly" --not hostile exactly, just stupid, doing things like handing refugees who clearly speak broken English lengthy forms in English and refusing to talk to them until after they are properly filled out. By contacting these organizations, one should be able to tap into the network of resources that are available to help people earn their GED.

Of course, not all refugees who wish a GED are ready to earn or study for one, and that's a subject I will try to discuss more in my next post.

It also needs to be stated that in order for a person to enroll in many college programs, they need not just a high school diploma but also to have taken certain classes in high school. For instance, to attend a college nursing program an applicant might be required to have their high school diploma and to also have taken biology, chemistry and certain kinds of math in high school. Although a person with a GED has the equivalent of a high school diploma, they generally do not have the equivalent of such required classes. I will try to write a bit more about this later, but, again, for more details on what this means, one might do well to contact the college or other institution into which the refugee is thinking of enrolling. For instance, should someone wish to study nursing at a local community college, it is not a bad idea to contact them as soon as possible and learn about the requirements to enroll in that program particularly if the person has a GED. They may have to not just earn their GED but also enroll in some prerequisite classes before even being able to apply. The sooner people know this, the better.
Burma charities education getting refugees into college immigration refugee resettlement refugees volunteer 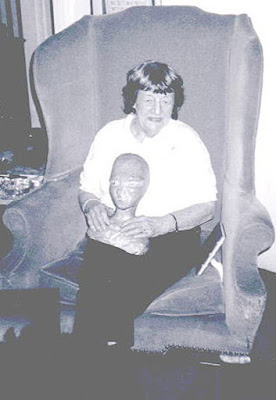 Transcript of Interview with Betty Hill.  Famed UFO abductee, conducted on October 1, 1998. Betty and Barney Hill are probably the best known UFO abductees of all time. According to popular claims, on September 19, 1961, while driving through the mountains of New Hampshire, the couple were taken aboard an alien spacecraft and inspected and interviewed by the extraterrestrials who manned the craft. Betty Hill, who was born on June 28, 1919, was 42 at the time. Her husband, Barney, was 39 at the time.                My “encounter” with Betty Hill occurred when I called her up, introduced myself as a journalist, and asked for an interview. She invited me to come to her house in small town New Hampshire, where we could chat. We met on October 1, 1998. Betty Hill was 79 at the time. It had been over 37 years since the alleged incident that had changed her life and made her famous.             Like almost everyone who had the privilege of meeting Betty Hill, I really enjoyed ou

SEX, SCIENCE, AND UFO ABDUCTIONS by Peter Huston Robert Baker is a psychologist and frequent contributor to "The Skeptical Inquirer" concerned about therapists who believe their patients are being abducted by space aliens. "Most of the presenting symptoms reported by alleged abductees can be satisfactorily accounted for without resorting to the highly improbable and physically unsubstantiated claims of abduction by alien spaceships." He notes that often such claims begin with a report of someone waking up, terrified, feeling a presence, unable to move and often include waking-dream type hallucinations. The already terrifying memories of this experience are then later modified by hypnosis. Sleep paralysis, the feeling of awakening and being unable to move, is a normal experience often shared by fifteen percent of the population at different times. Sometimes called the Nightmare, the Old Hag, the combination of paralysis, pressure on the chest, feeling of presence,